This is a snapshot view of original blog at alyblacklist.tumblr.com

We have a S8 premiere date!

There is a beautiful video called “Perfect” based on the Ed Sheeran song, but I can’t remember which episode is .38 seconds?... 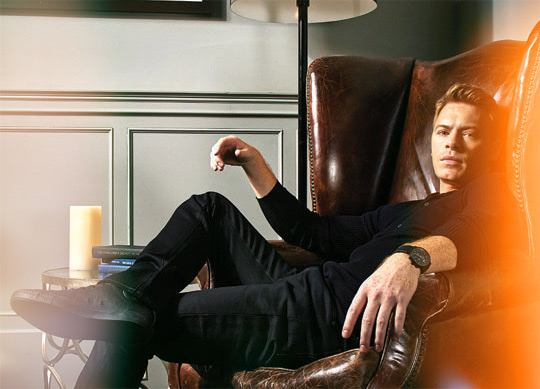 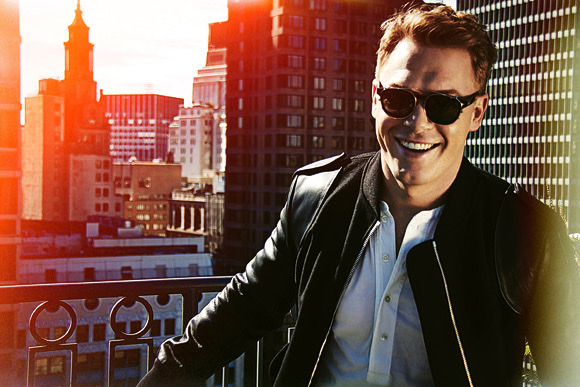 it is important not to be good, but to do well.

REDtember (Day 26) | Lyric or quote that reminds you of Red I’ll be good, I’ll be good And I’ll love the world, like I should...

I was not caught, though many tried I live among you, well disguised redtember ≡ day twenty-six ↳ a lyric or quote that...

redtember // day 26 make yourself right, never mind them don’t you know you’re not the only one suffering 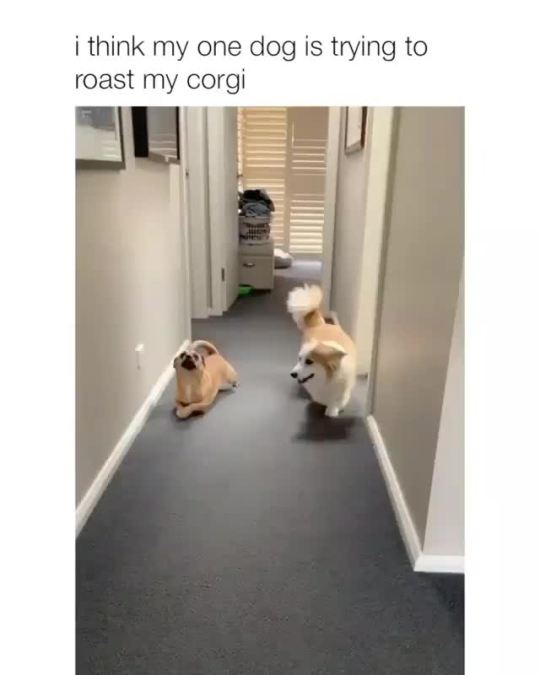 I am sobbing 😭 via @dustinpup

“He was executed because of the truth. Now, you and I could talk for days about the whys and why–nots of an execution, but at the end of it all, in the final moment, the only irrefutable fact is you better be right. And I’m betting you’re not so sure.”

Every culture has a justice myth, an avenging angel who exacts retribution for the weak and innocent. Golem for the Jews, Tu Po...

REDtember (Day 25) | The Judge (1.15) Every culture has a justice myth, an avenging angel who exacts retribution for the weak...

Just tell each other how you feel already.

Letâs talk about how Resslerâs first instinct when he is in trouble is to call Liz. Heâs not shy or embarrassed to tell her what happened - heâs immediately drawn to confide in her. He knows sheâs not going to judge him. He knows heâll help him do the right thing.Â Â 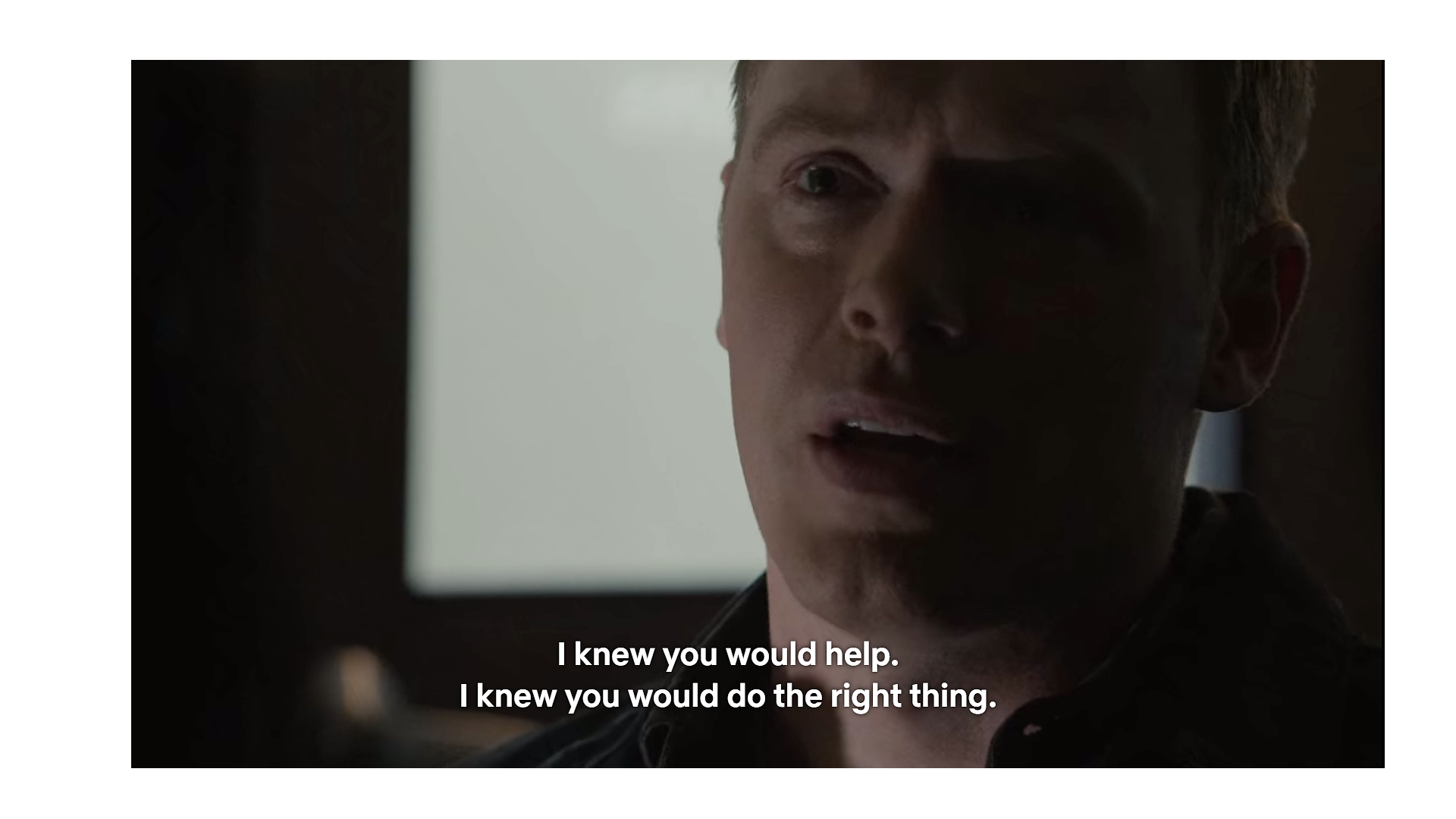 When heâs finished telling her, whatâs her first reaction?Â âOf course, yes, I will help you.â Itâs said in a way like,Â âThis is a no-brainer Ressler, of course I will do whatever you need me to do.â 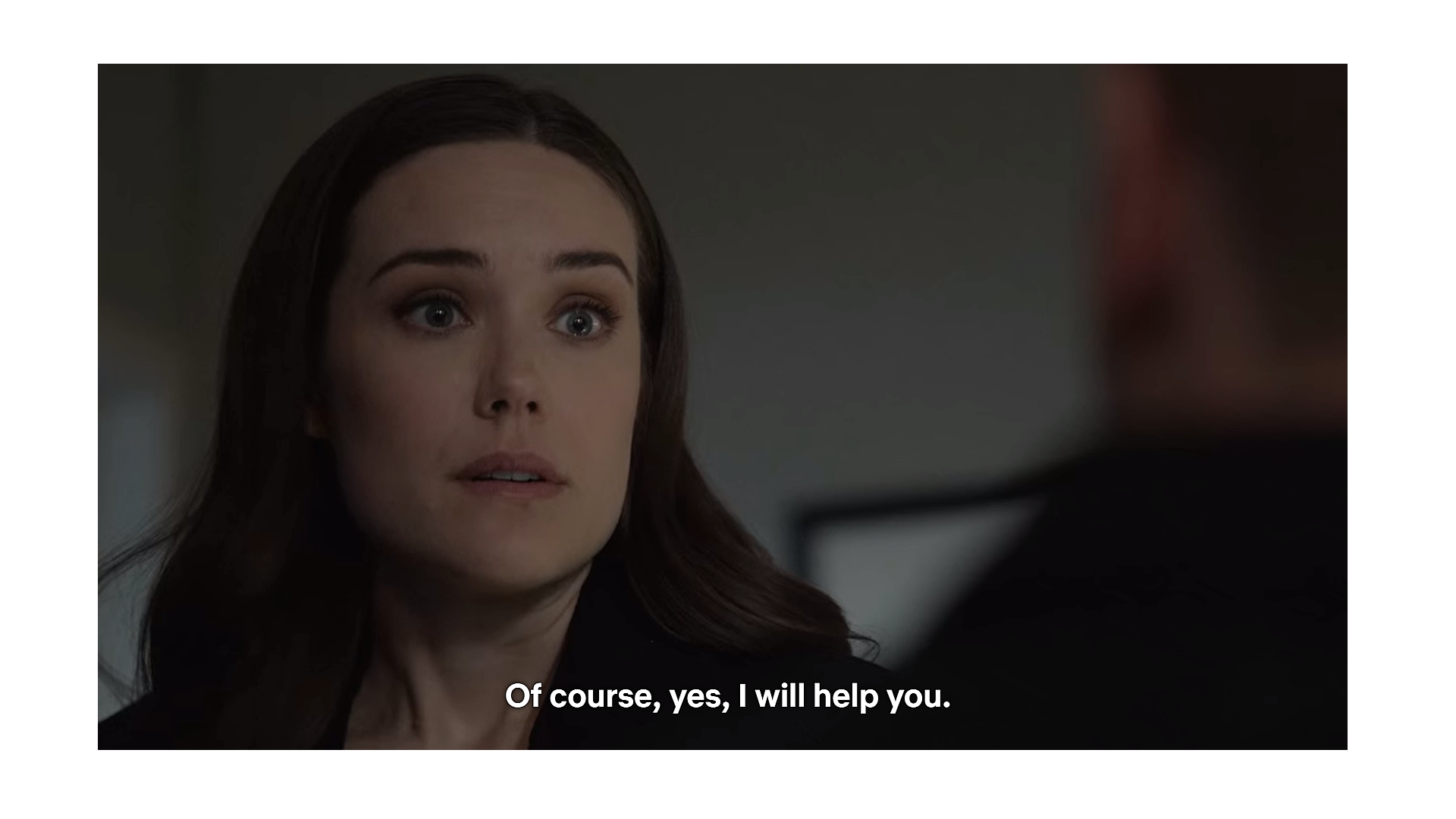 Liz knows Ressler is theÂ âboy scoutâ, that he always wants to do the right thing. She knows he will go through with this. But she has to do her due diligence and ask him, though. Does he really want to do this? Once he turns himself in, thatâs it. His life as an Agent is over. She asks two separate times if he really wants to do it. She gives him an out. Twice.Â 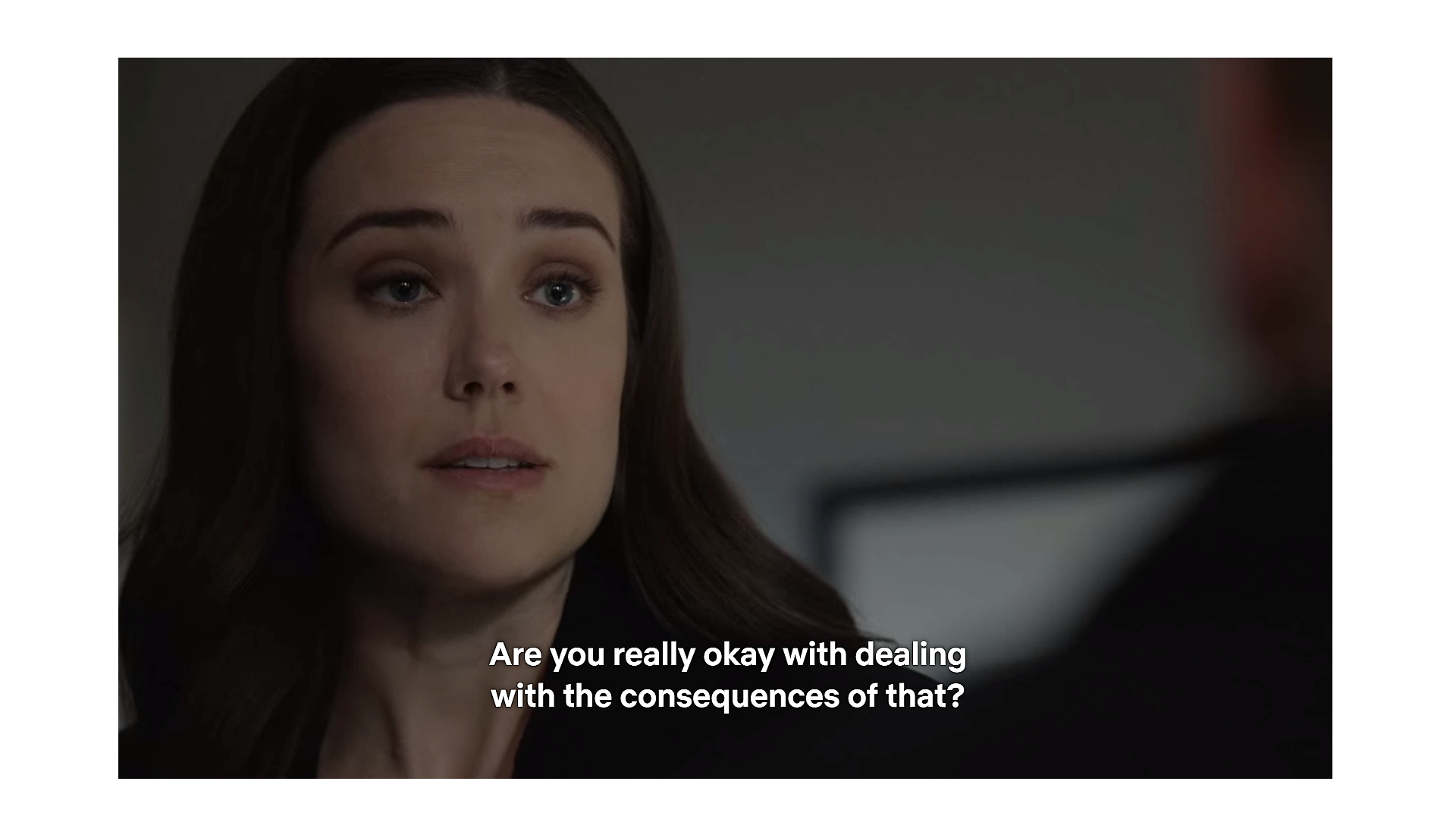 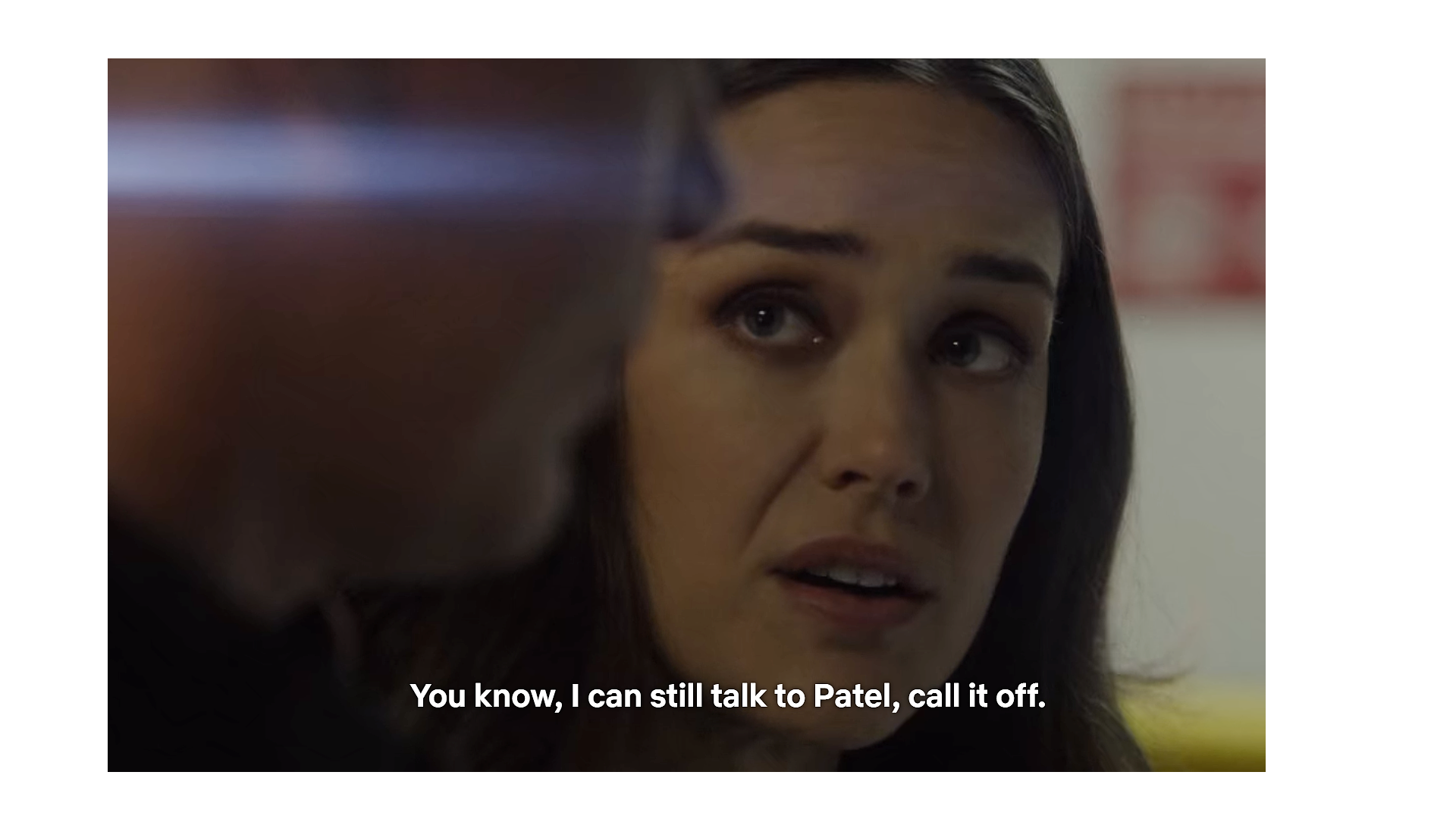 After the second time, he assures her that heâs going to turn himself in. But not before he lets her know, one more time, how he feels about her. For the second time this season he tells her that he didnât like her when she first arrived. **Side Note - itâs like that thing people do when they actually really like/love someone but theyâre trying to play it off. But for some stupid reason they just keep repeating how they used to dislike that person instead of admitting how much their feelings for them have changed. Yeah, pretty sure thatâs what Ressler was doing here. Itâs easier to just admit that he once didnât like her very much than to tell he loves her to avoid getting his feelings hurt in case she doesnât feel the same.**Â But thatâs changed. Sheâs a good agent - an agent that others join the FBI to try to be like. But more than anything else, sheâs a good person. A way better person than he is. And whatever happens, he knows the task force will be in good hands with her.Â 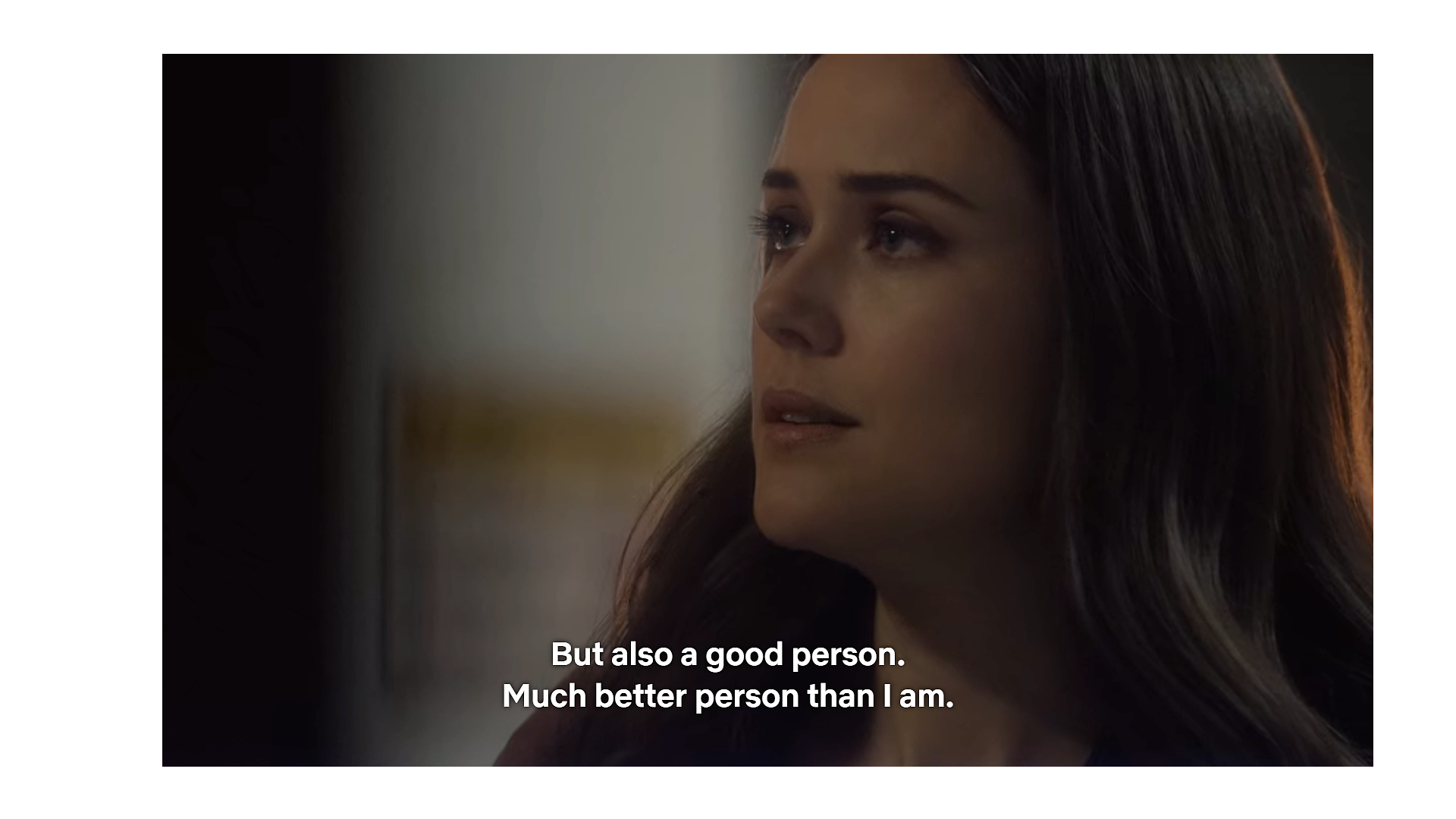 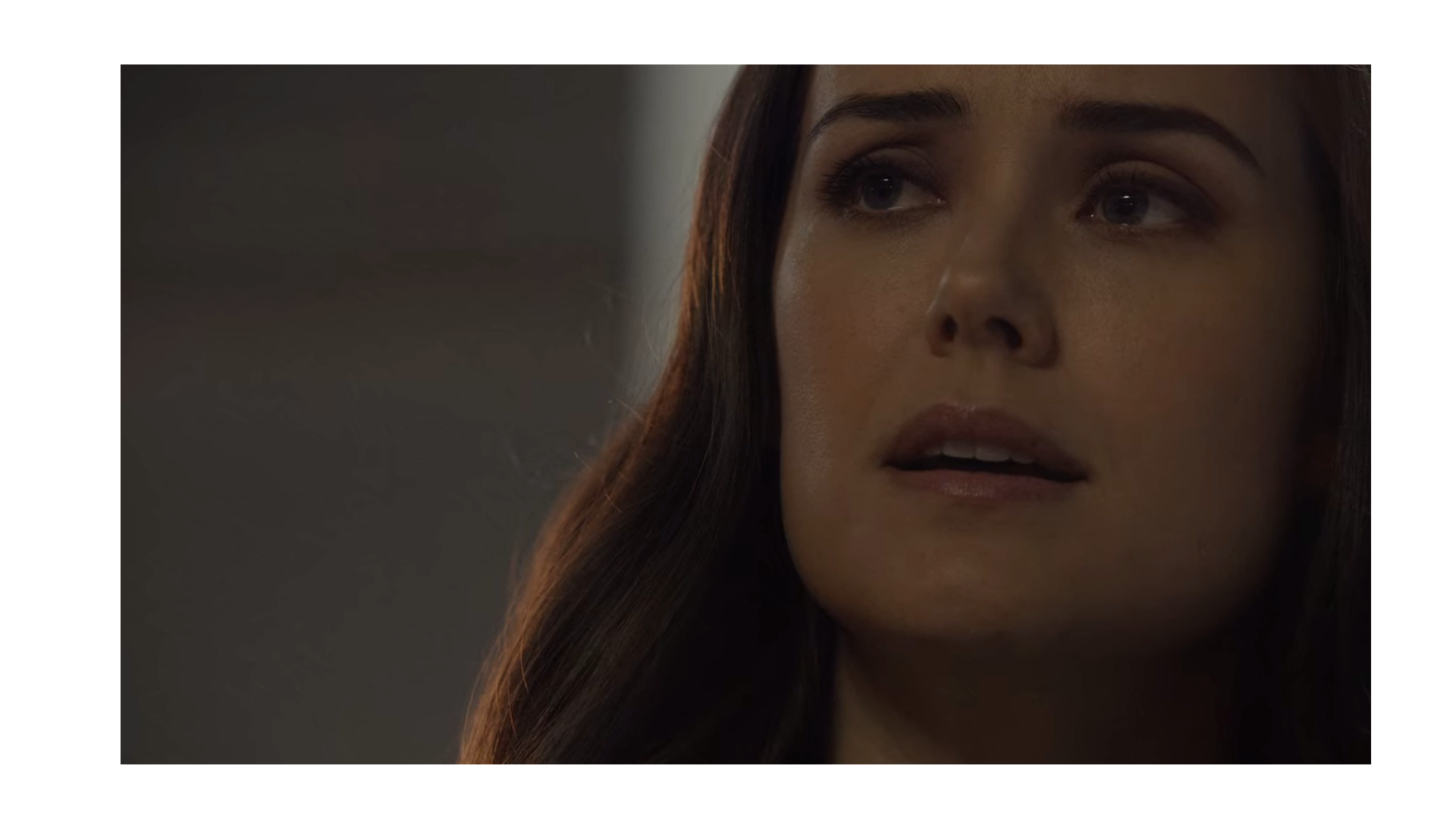 This is why they will be canon. No doubt about it in my mind. Did it take a long time for them to get to this point? Sure. Is this like the epitome of aÂ âslow burnâ romance? Damn right it is. But let me tell you, it will be so worth it once they get together. They are each otherâs soulmates - and I think weâre finally there where they can see it too. I mean, itâs no coincidence that Resslerâs aunt asks him if he has anyone special in DC and then the very last scene in this episode happens. Liz is his special someone. Itâs going to happen in S8.

Just tell each other how you feel already. Let’s talk about how Ressler’s first instinct when he is in trouble is to call Liz....

I don’t mean to gloat, but boy, did I tell you so. redtember ≡ day twenty-four ↳ 3.16 - the caretaker

Redtember Day 24 The Caretaker 316 A little grave robbing between friends.

A farmer comes home one day to find that everything that gives meaning to his life is gone. Crops are burned, animals...

Should we get started? 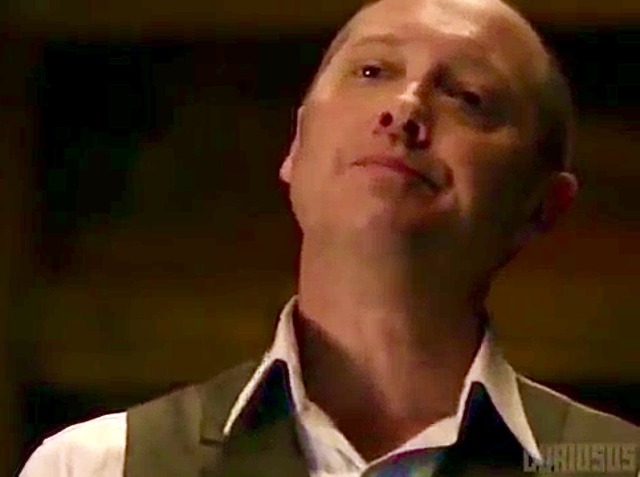 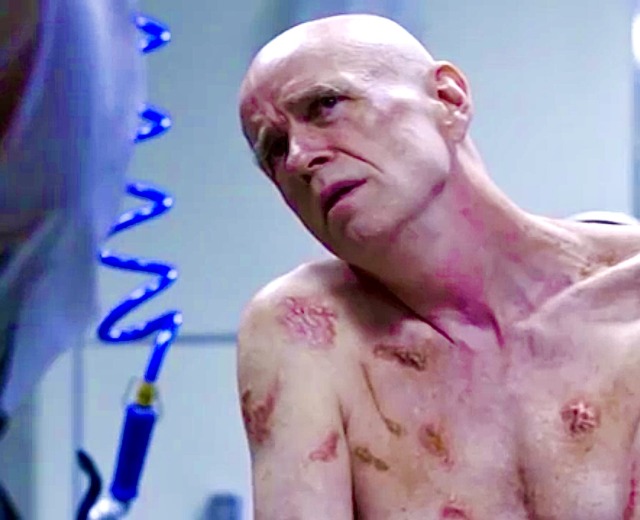 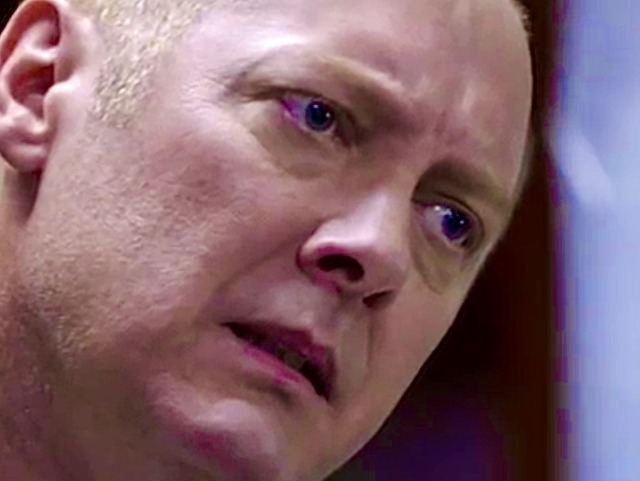 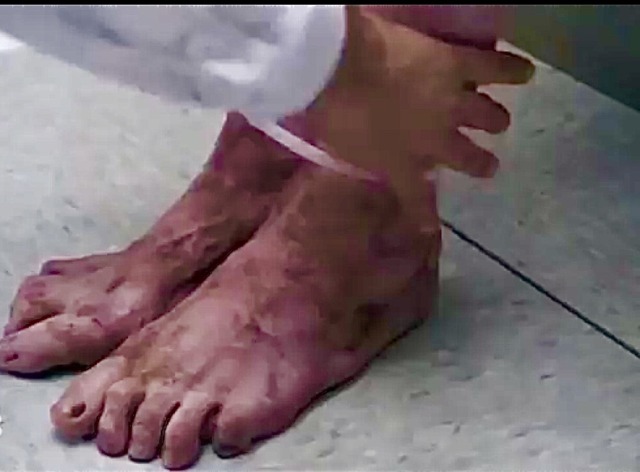 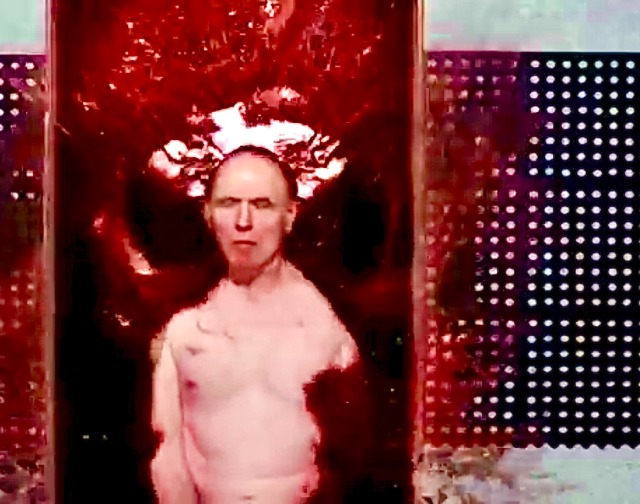 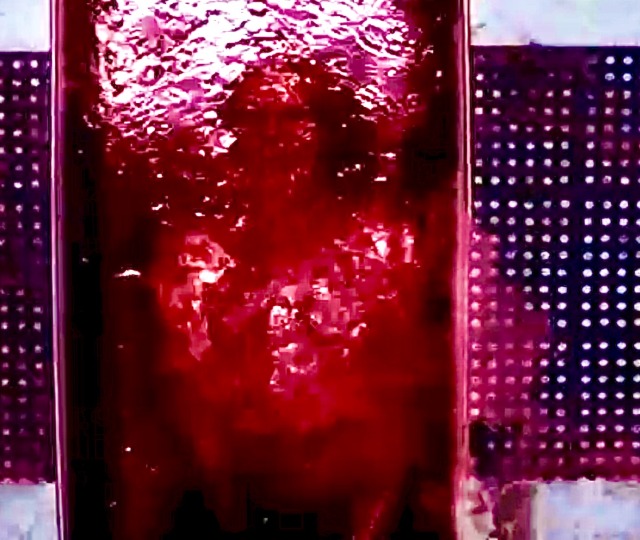 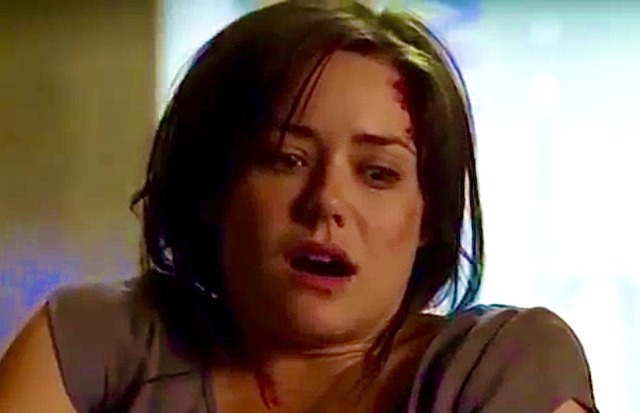 Redtember Day 23 Fave Murder - The Good Samaritan 111 “Oh my God, the suspense is killing me.”

REDtember (Day 23) | Favorite murder You were right, Marcus. I am the informant. Tell all our friends in Hell to be patient.... 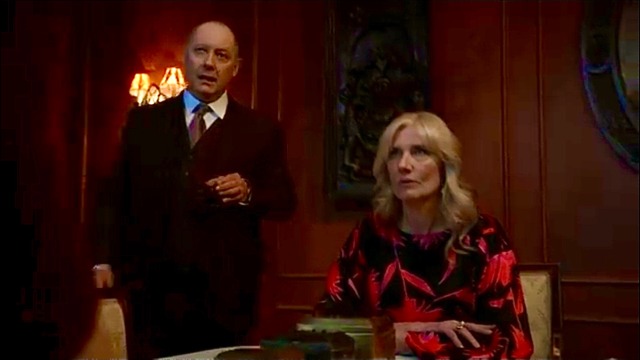 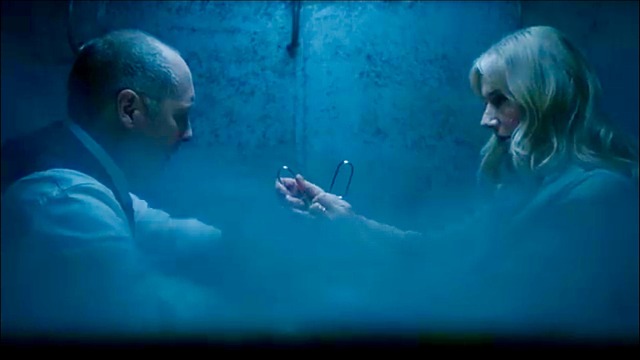 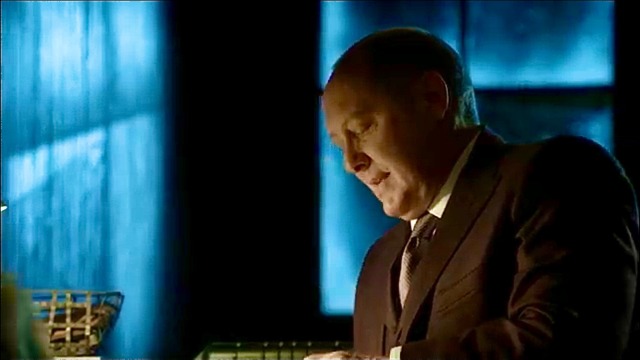 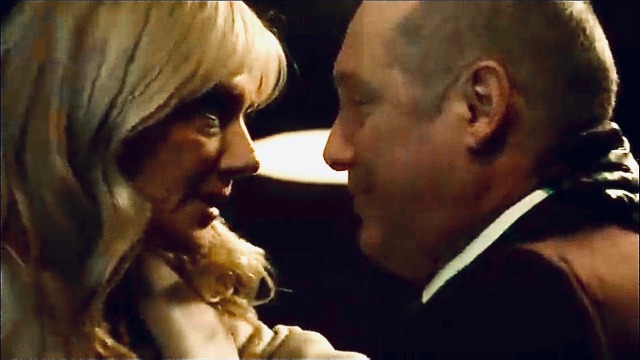 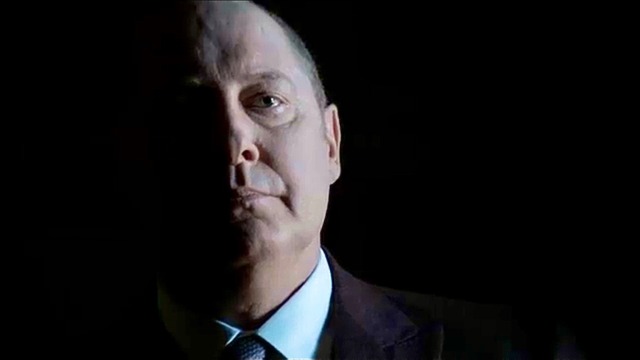 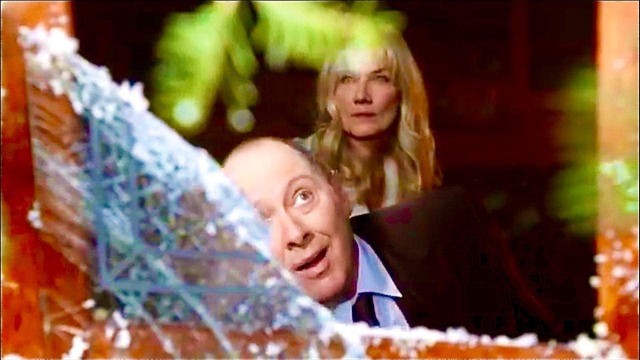 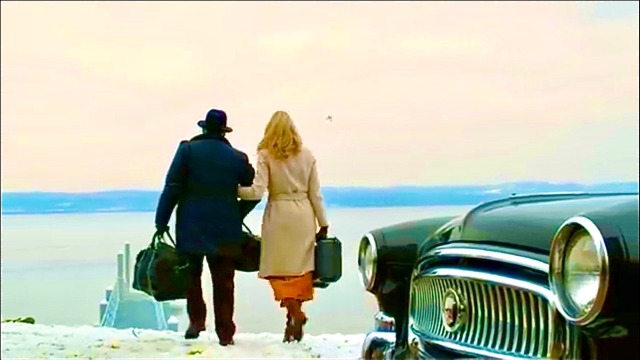 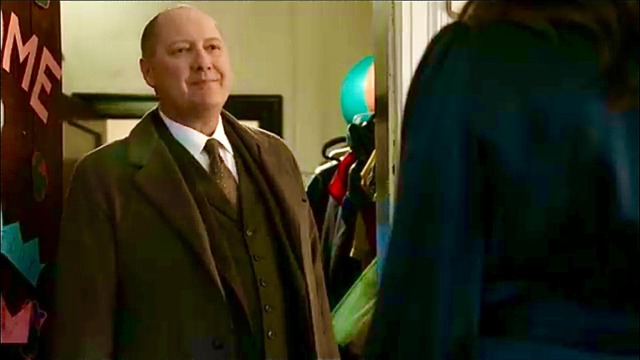 Where are you Ressler?

REDtember 2020 ➤➤Day 22: Cornelius Ruck (7.12) “My father was fascinated by insects, fancied himself an amateur entomologist.... 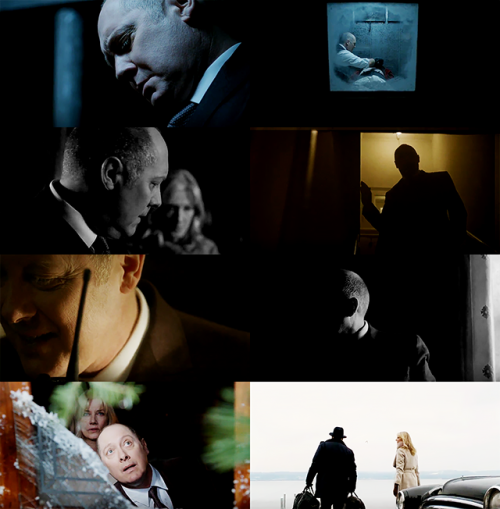 REDtember (Day 22) | Cornelius Ruck (7.12) “My father was fascinated by insects. Fancied himself an amateur entomologist. By...

What a great episode. Red speaking Spanish, Dembe being the "blacklister" of the week, Red and Liz together on the field...

"Few can truly comprehend the fierce tenacity of a man like Dembe Zuma. I taught Dembe everything I knew regarding the tactics of evasion and survival. And now, despite dedicating every resource at my disposal to finding him, he has completely eluded detection".

Redtember: day 21 - Dembe Zuma (16x4) What a great episode. Red speaking Spanish, Dembe being the "blacklister" of the week, Red...

People on Reddit and other social media platforms are undermining the possibility of keenler becoming canon because they have no...

We’re excited to announcement that we have a new @askdonaldressler mun that has joined our team!  Do you have questions for...

keenlerton (is that the ship name?) m + o

People run when they’re scared and when they’re guilty. You can afford to hope for the best, but to survive in my world, I...