Writer Spotlight: The McElroys Meet the McElroys! Clint was born first, which recent studies have shown is the best procedure... 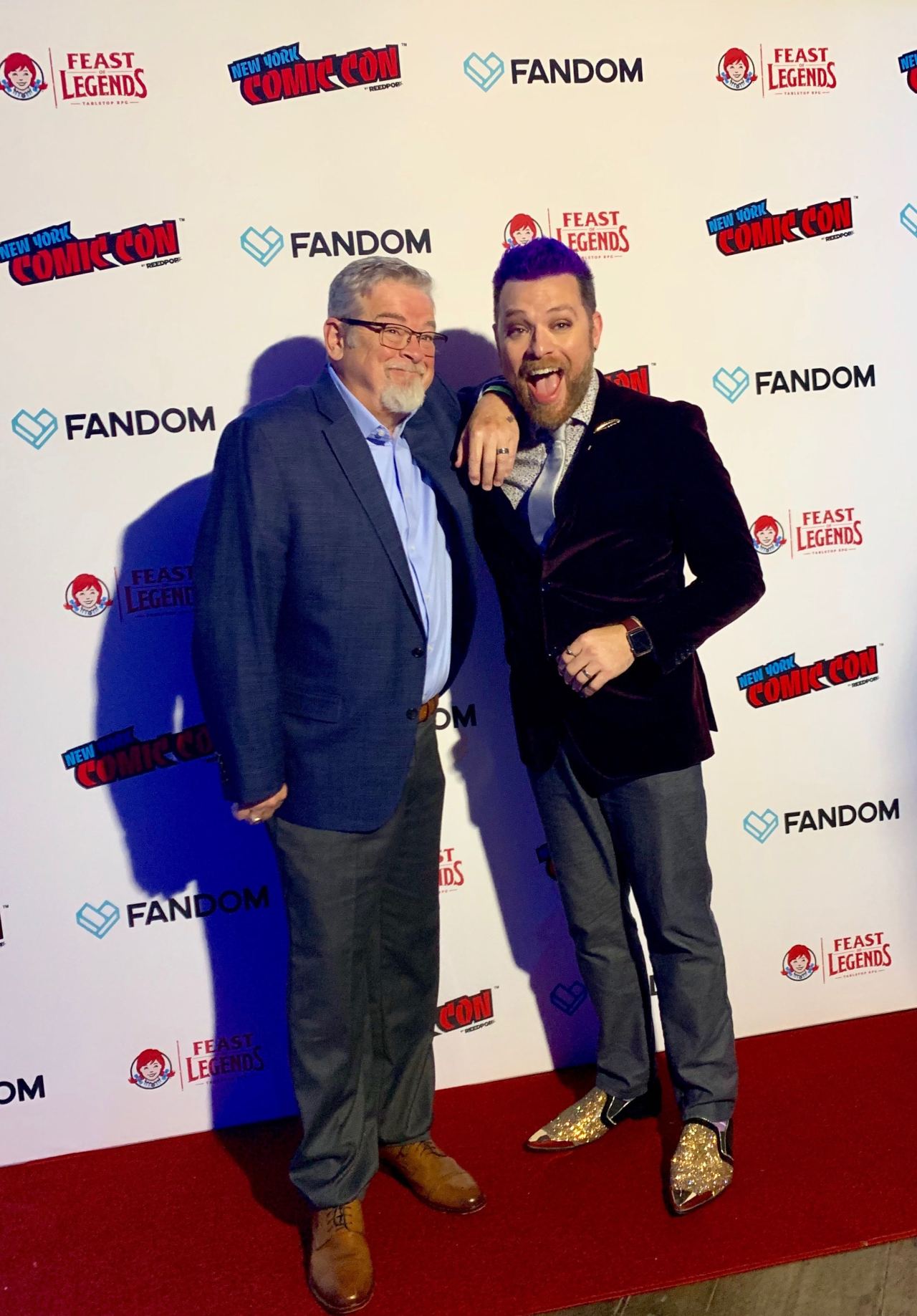 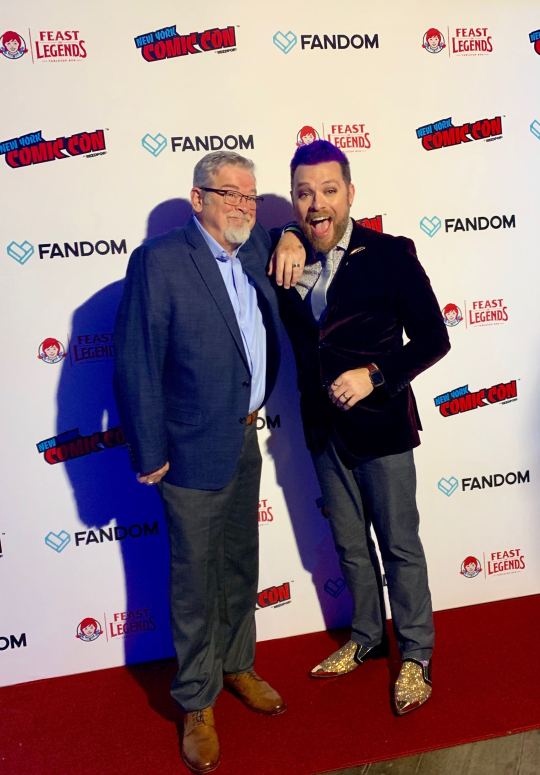 Meet the McElroys! Clint was born first, which recent studies have shown is the best procedure for fathers and sons; then came Justin, Travis, and, last but not least, Griffin. This hilarious family gained fame in the world of podcasts with My Brother My Brother and Me (which spawned a popular tv show), Sawbones, Shmanners, Rose Buddies, and a farcical romp called The Adventure Zone. We caught up with Travis and Clint at New York Comic Con 2019.

Has it been challenging to create canon imagery for places and people you’ve previously only described via audio?

Travis: Well, we’re not really visual artists, so it comes down to translating images we have in our brains—sometimes without necessarily having the words to describe them. Dad likes to reference how much I talk about how much hair should be on Magnus’ knuckles, and sometimes I just don’t have the words to be like “Burlier, make him burlier!”

Clint: When we collaborate, we like to really collaborate. So in a field with which we maybe aren’t that familiar, we’re going to trust the people we’re collaborating with. We trust Carey [Pietsch, illustrator], and the people at First Second Books tremendously. So we give as much input as we can, and then we tweak. But you know, Carey’s visualization of everything is so, so wonderful; we love what she does.

T:  One of the things that we’ve kept in mind from the beginning is that we’re establishing a visual canon for this series. So when we look at it through that lens, we’re able to say yes, this is how it should look for these books. If this were to be visual canon forever, I think we would have nitpicked everyone to death, trying to make it perfect. So instead, we said this is how it should look for these graphic novels. It might look different for something else, but it’s perfect for what we’re doing right now.

How do you keep the books accessible for all kinds of readers: people familiar with the podcast, people who love Dungeons & Dragons, and people who are new to both?

T: That’s one of the things we look at, especially when we’re making edits—we don’t cut the relationship building stuff and the character-building stuff because we don’t want to take for granted that our reader already knows and likes the characters. So we’ll keep a moment that might not have much impact on the plot, but that helps you get to know Magnus and Taako and Merle and The Director and Angus.

Which characters were you most excited to bring to life on the page?

T: I was really excited to do Jess the Beheader, that was really fun, and they’re not characters, but all of the Battle Wagon stuff—the rival gangs and seeing all the different versions of the vehicles. And of course, Angus. My favorite though, because Carey nailed it so beautifully, is the last page of Here There Be Gerblins, where we see the Voidfish for the first time. It’s so beautiful, it’s exactly what I picture in my head when I see the Voidfish.

C: I’m looking forward to people seeing Garyl. When we were writing, we made sure we had a lot of full-page splash scenes.

What parts of yourselves have you put into your characters?

T: I have ADHD, and I have impulse control problems—both of my characters so far have that too. Magnus and Aubrey are very much like “Yes, right now this is bad, but it’s not always gonna be bad. Let’s keep moving and let’s do it, let’s rush in,” but then Aubrey can’t always control her magic, and so it’s about learning to control that but also learning to harness it and use it almost like a superpower. That’s a big part of myself that I see in my characters.

Let’s talk Marvel. What superheroes have been the most exciting to write for?

T: I love Wonder Man. I like a superhero who goes from being a narcissist to learning to work and care for others because that is a journey that I went on myself. And so when Wonder Man becomes a pacifist and learns that his powers can be dangerous and hurtful, and he has to find ways to help people without hurting them—I just think that’s a beautiful metaphor for how to use your privilege to help people, without hurting others in the process.

C: I enjoyed writing Sebastian Druid because I like those kinds of science heroes—and again, a flawed character. He’s a guy that’s failed at everything he’s ever done. So I really loved playing with Sebastian and being able to reach in and have it not always go well for him.

What’s next for y’all?

T: We’re working on the next big arc, that’s coming soon! Hopefully, by the end of this month, we’ll be doing new ones. Then we have book three coming out in July.

C: It is really silly. But the fact that they asked us to do it—I mean we’re in a comic book with Howard Chaykin! Who can say that?! Marvel was absolutely amazing.

blog-rama reply to this Photo7 months ago

I got to hang out with Travis and Clint yesterday. They are seriously the best people. Post