Indie Game Spotlight: Going Under Ready to become an intern all over again? Going Under is a satirical dungeon crawler that... 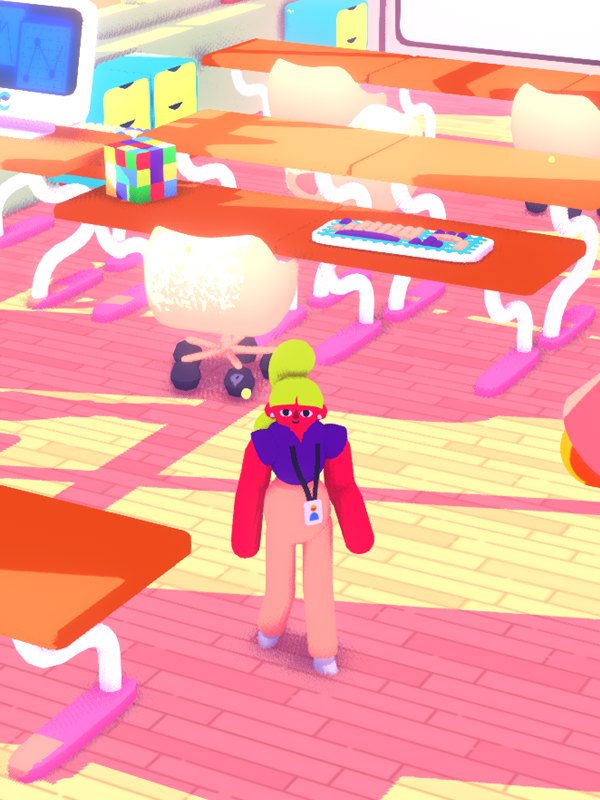 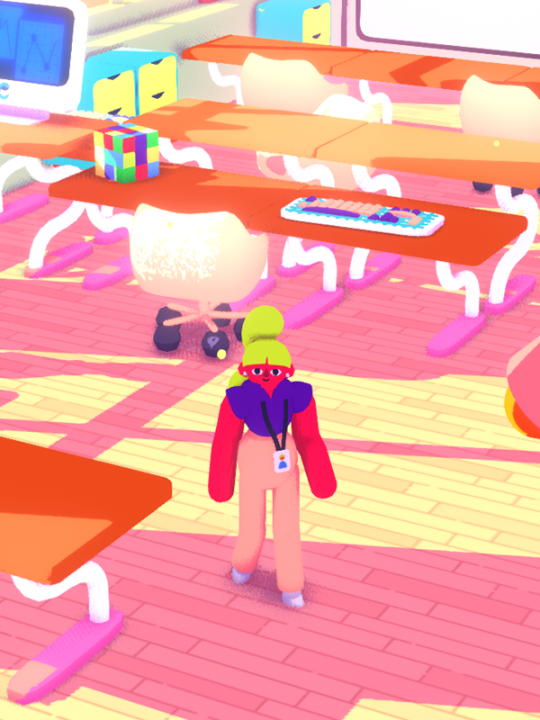 Ready to become an intern all over again? Going Under is a satirical dungeon crawler that explores the cursed ruins of failed tech startups. You play as Jackie, an unpaid intern in the dystopian city of Neo-Cascadia, whose assignment it is to fight monsters in the dungeons beneath the company campus, and repossess their powerful, business-enhancing artifacts.

We chatted with Caelan, who is the writer and programming lead, and art director Nick, about the wondrous world of start-ups and more. Read on!

What’s the story behind the game?

Caelan: Nick and I have always been pretty attracted to the idea of a satire game. I think our exact phrasing was “This will be a game we can throw all of our stupid memes into and call it content.” We’ve both lived our lives in Seattle, and we’ve seen it change quite a bit. We saw a great opportunity to make fun, not only of the startup culture around here, but also of what it does to the city, its inhabitants, and the people involved with those companies who aren’t the ones getting rich.

Are there any personal stories that inspired particular levels in the game?

Caelan: All the dungeons in Going Under are themed after different startup concepts that have blown up in the past decade or so. There’s a freelance labor app which enables you to hire a goblin to do your bidding, a dating site run by demons, and a cryptocurrency called “Styxcoin” which is mined by the undead. So while the concepts behind them aren’t really personal as such, they’re all based on premises that are very familiar to anyone making their way in the modern age. We can’t name names, obviously, but the nods towards real-world inspirations here aren’t exactly subtle. Subtlety is for cowards.

What types of weapons can we use?

Caelan: Pretty much everything you can think of! The combat in Going Under is supposed to feel like a goofy office brawl. Pretty early on, we realized we weren’t gonna get that feeling without letting the player pick up and use random junk they find lying around in the office. There are real weapons, such as swords and spears, but you’ll frequently find yourself scrambling around making use of whatever you can get your hands on. You might wind up tossing mugs at a succubus from behind a desk or smacking a goblin with a broom. Sometimes you can drive a car.

Which other games does Going Under take inspiration from?

Caelan: Between the physical interactions and the fragile weapons, Going Under’s combat could be described as a bite-sized, faster-paced Breath of the Wild. The weapons you find in the dungeon break quickly—you’re not meant to get too attached to them, but instead constantly be picking up something new, depending on the situation. The game also has rogue-lite elements, with dungeons generated procedurally each time you play, so we took a lot of design inspiration from popular games of that genre, such as The Binding of Isaac, Enter the Gungeon, and Dead Cells.

Out of all the characters in the game, who is your personal favorite?

Caelan: I think my favorite character is Marv—the Project Manager and Jackie’s direct supervisor. He’s a huge dickhead (can I say that here?), but like, the kind of dickhead who’s always smiling, and appears charismatic to most people, while you absolutely hate his guts. So it might be weird to describe him as my favorite but I just really get a kick out of writing characters that I know people are gonna love to hate.

If you could have any character from any cinematic or game universe appear in Going Under—who or what would it be, and why?

Nick: Definitely Fat Yoshi from the Super Mario Bros. series. Not regular Yoshi, you know the one I’m talking about. He’s cute like our game, he’s funny like our game, and his extreme girth echoes the themes of capitalist gluttony prevalent in our game. Nintendo, if you’re listening, I think we have an opportunity here to give this character the prestigious treatment they deserve. Our DMs are open.

Well, time to get to work! Going Under will be available on Steam and all major consoles in, like, a year. Yes, that includes Switch. Keep up to date by following things over on their website.