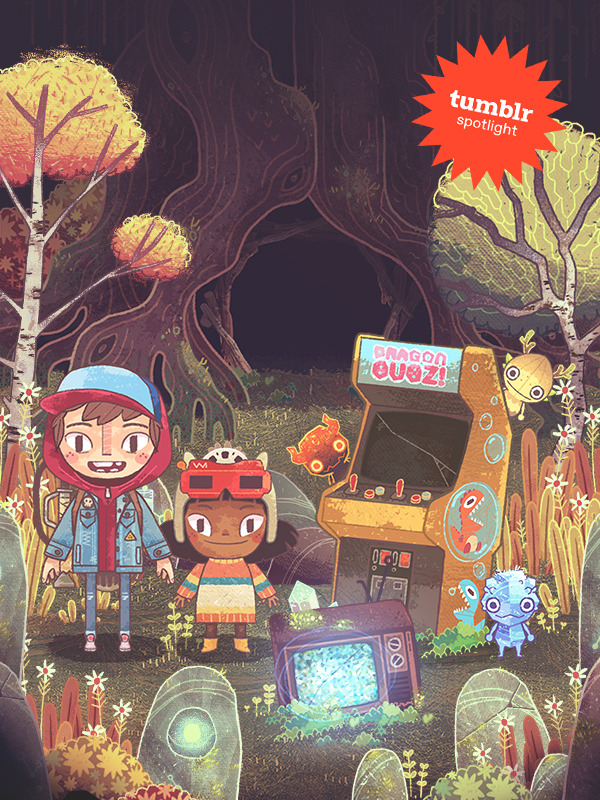 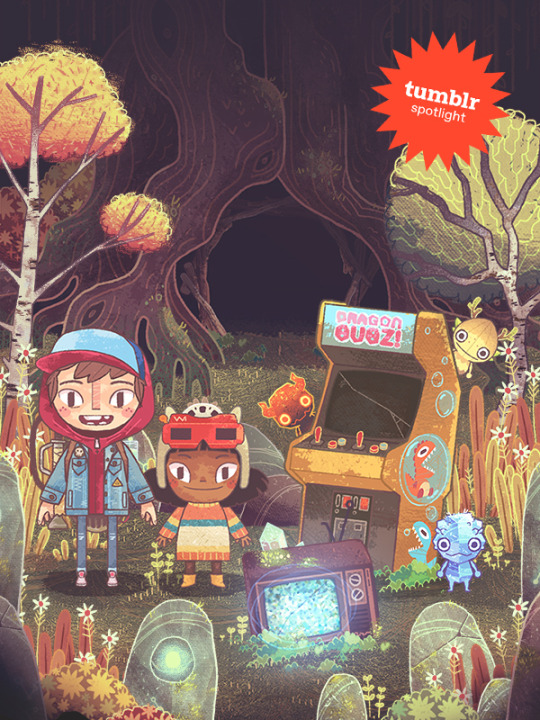 Get lost in an adventure in this week’s Indie Game Spotlight. The Wild at Heart is the story of Wake, a boy fleeing hardship only to become lost in the woods behind his house. Stumbling into a magical realm known as the Deep Woods, Wake will use his ingenuity, the magical Spritelings inhabiting this land, and the aid of the wayward Greenshields to help him find his way home.

We spoke with head writer and narrative designer Alex Atkins about what inspired the game and its creatures. Read on!

What was the main inspiration for the game?

The initial concept came from myself and Justin Baldwin (artist, animator, designer). Justin and I have been friends and business partners for many years and had pretty similar childhoods. Justin came up with the idea of a boy lost in the woods with helpful little creatures. I drew upon our real lives as kids, both good and bad, to create a sort of amalgam of us when we were twelve, combined with some mutual childhood inspirations such as Where the Wild Things Are, Peter Pan, and Hayao Miyazaki & Studio Ghibli. From there, we came up with a storybook shape of a secret land, open only to those that are allowed in, and filled with mischievous and delightful creatures, a host of oddball “caretakers,” and an ancient imprisoned evil.

How are Spritelings used in the game?

You’ll find early on that the Spritelings are basically your hands. They build, break, carry, and fight. As the player, you command them and are responsible for what you task them with, even if it brings them harm. There are different breeds with different strengths that must be considered. For example, while all Spritelings can perform basic tasks like carrying a small item or helping to reconstruct a bridge, only an Emberling would be immune to fire or its proximity. Any other Spriteling type would be hurt.

What are some other features we can expect in the game?

Well, the biggest may be one we haven’t shown off yet— a second playable character! Kirby is Wake’s neighbor, who joins him early in his adventure in the Deep Woods. Kirby can also command and interact with the Spritelings, and being slightly smaller than Wake, she has the ability to squeeze through small spaces. We hope to be able to show off more of Kirby’s gameplay and her role in the very near future.

Which creature in the game do you most identify with?

Hmm, I’d say either the Sheltergrub that really just wants to be left alone or the Gumblop that is super hungry all the time!

Want to stay in the loop on all things The Wild at Heart? They’re shooting for an early 2021 release on Xbox and PC. You can wishlist it on Steam and the Humble Store, or visit here for more updates!

peeledguavacados reply to this Photo7 days ago

*Pikmin stupid autocorrect how do you edit a comment???

7 days ago
peeledguavacados reply to this Photo7 days ago

7 days ago
hardig reply to this Photo7 days ago

7 days ago
bloodakoos reply to this Photo8 days ago

8 days ago
spookyoafpursehorse reply to this Photo9 days ago

9 days ago
lewerta reply to this Photo9 days ago

9 days ago
waterwindow reply to this Photo10 days ago

bru this is pikmin

I’m always happy about games being made with unique and quirky art styles, so consider me pretty interested about this :) Post

nevrsam reply to this Photo14 days ago

Sooo... This game has a pikmin like gameplay. But there is no mention of pikmin. [visible confuse]

14 days ago
persegan reply to this Photo14 days ago

I can't believe Pikmin isn't mentioned anywhere in this article