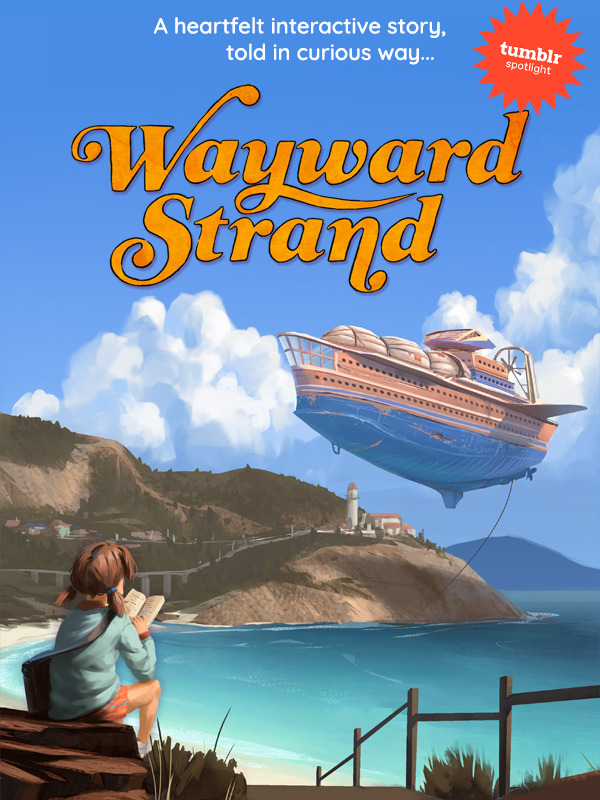 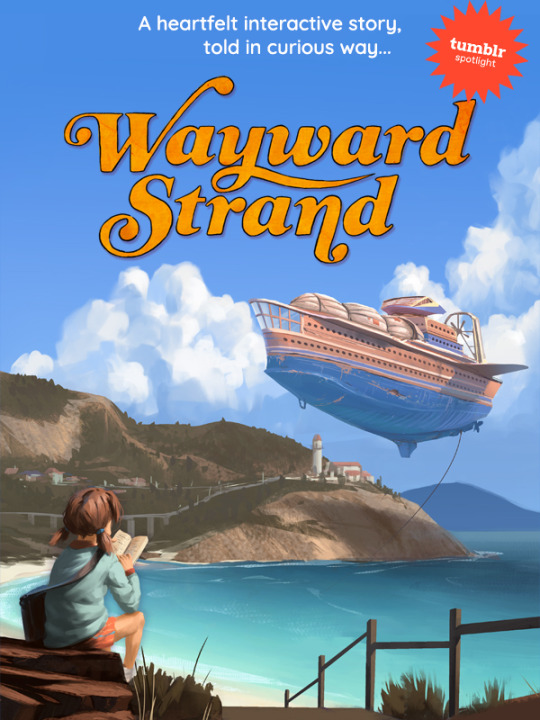 This week’s Indie Game Spotlight is all about Wayward Strand. This is a touching, empathetic narrative game woven together from many distinct threads, all of which play out simultaneously aboard an airborne hospital in 1970s Australia. You play as Casey Beaumaris, a teenage girl visiting the hospital for the first time. Over the course of three days, she will explore the history of the ship, the lives of its inhabitants, and their relationships to one another.

We chatted with Maize Wallin (sound and music) and Jason Bakker (writing, production, and programming) about their process, inspiration for the game, and more. Read on!

What inspired the story in the game?

Maize: Everyone on the team has contributed to the many stories in Wayward Strand. Having so many residents on the ship, along with the care staff, the main character Casey, and more—all with their own stories!—means that during development, the game really absorbed so much from all our combined life experiences, as well as stories from people we know.

In addition to this, we’ve done a lot of consultation. Wayward Strand is set on (or above!) traditional Bunurong land. So, to make sure we have authentic and sensitive Indigenous representation and stories, we’ve worked closely with the Bunurong Land Council. We’ve also consulted with people around the representation of chronic health in games, and also about working in hospitals in the 70s. You can see a video of a consultation session with 1970s nurse, Liz Bartlett, here.

Where did the idea behind an airborne hospital originate from?

Jason: The flying hospital was one of the first elements of the idea of Wayward Strand. One of the things we liked about it is that it allowed us to explore some interesting personal stories within a fixed location. And because the hospital is airborne, it makes sense that it’s its own little ecosystem and community. We have done a bunch of research to link the idea of a mobile hospital to our setting and period, and now it feels like it’s always been that way.

Maize: Mobile medical clinics are common in regional Australia because you have many small communities that are distant from each other, but that all require care. In the Gippsland area in 1978, Wonthaggi was the main hub for anything you might otherwise need to drive three hours to Melbourne for. It had the main hospital and was the main business area, with a local mine and farms that generally created quite a sustainable economy for the region.

And there’s a long history of hospital ships on the sea, like the USNS Comfort, which was recently in New York to provide support for the city’s response to the pandemic. So the concept of a hospital airship really just brings these ideas together.

What are some places we can expect to explore?

Maize: Well, on this flying hospital ship, all the residents have their own room. Each patient’s room reflects their personality and taste and is filled with little details and things you can talk to them about. There are also many communal spaces, like the epic cafeteria which was converted from a swanky 1920s ballroom into a cargo hold during the war, and then finally became a dining hall for the hospital. The design of the ship’s spaces reflects its different uses throughout history.

As the audio person, I also love the nurses’ station. From there, you can hear a lot of the goings-on around the ship, as the sound travels up the big majestic spiral stairs next to it. The music in the nurse’s station is steady and busy, emulating the medical staff’s attitudes. But the music changes for Casey throughout the game, as she spends a lot of time wandering around the halls, to reflect her evolution from being shy and anxious to calm and curious.

What journalistic elements have you incorporated into the game?

Jason: So, Casey is a journalist for her school newspaper, and she takes it very seriously. She takes a notebook everywhere she goes and writes down curious bits of information that she overhears. She can follow these clues up with various characters on the ship, some of whom might give her further information that allows her to dig deeper into a particular story or mystery. However, just like in real life, things aren’t tied up neatly for you in the world of Wayward Strand. Sometimes Casey discovers the answers to the questions she’s noting down, but sometimes those answers are lost to history, or she might realize she’s been asking the wrong questions. Though there’s tons to discover and figure out, it isn’t a puzzle-box narrative where the goal is to ‘solve’ it. It’s like a real world, with people that are living out their lives in ways that are meaningful to them.

Wayward Strand is still in development, but can be added to your Steam wishlist or you can follow their Tumblr here for updates of when it’ll come out!